“Biggest Stir” in Charleston; Reflections on the Legislative Session 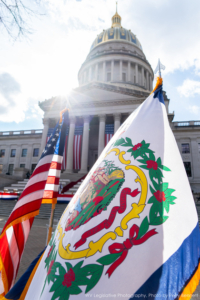 I had a pretty good idea how legislative sessions work. I always felt citizen advocacy is important. But, boy, did I learn A LOT this session!

Early in February, the West Virginians for Public Lands alliance identified a group of bills that sounded ‘almost nice.’ Dispersed camping, knowing our public roads, and revenue generating ideas. But these bills had a dark side – stalking horses to allow all kinds of off-road vehicles (ORV) onto our public lands. We sounded a mild alarm, and featured these bills in our February Public Lands Update. Fortunately, these bills never made it on to a committee agenda.

A couple of other bills were more alarming.

We were concerned about a proposed state ‘adopt-a-trail’ program; and about adding an entirely new class of motorized e-bikes and allowing e-bikes on state lands. The e-bike bill seems to be moving, passing the Senate 22-11, it was then referred to the House Judiciary where it died in committee.

I don’t know why the e-bike bill died, but it is good news for public lands.  I’ll take it.

“Adopt a trail” also sounds okay. But the bill planned to replace local trail plans where local park managers and groups understand the conditions with state determined plans. Why? Perhaps to open up public lands to off road vehicles? Thankfully the bill died in the Senate Finance committee.

All of these bills died. Victory! But we know they will be back next year.

In fact, three days before the session ended, in a last-minute move, Senator Maynard, the lead sponsor of many of the above mentioned bills convened the Senate Government Organization committee to discuss a resolution requiring a study to determine the economic and recreational value of his failed legislation. The study resolution failed.

While these bills did not advance this year, you can bet these bills – and ideas – will be back next year. In the coming weeks, we’ll be sharing information on ways you can be involved as we prepare for the next legislative session.

The last bill I want to highlight is HB 4408. This bill, as originally written, could have privatized our public lands systems.

Still from the Return of the King. The bonfire at Minas Tirith.

As you get to know me, you’ll find out I explain everything with Lord of the Rings, Star Wars, or The West Wing references. (You have been warned!). There is a scene in The Return of the King where Pippin sneaks on to the bonfire at Minas Tirith, and lights the fire. That one fire started the ancient action alert system, and as each beacon lit up in turn, word got to the Riders of Rohan to join the battle.

We activated our action alert system, pushed social media, called supporters. But it was YOU that joined the battle! YOU sent more than 10,000 messages in ONE WEEK opposing HB 4408. One week. And YOU made a difference.

Yeah, the bill passed. But because of YOUR efforts, the bill was greatly improved. The final legislation includes:

Oh wow, did YOU get their attention. A legislator called our efforts “the biggest stir” of the session.

Biggest stir! I cannot thank each and every one of you enough! Never, ever, give up hope. Stay tuned for more opportunities to let public officials know that public lands are for the PUBLIC, not for private speculators. Or to be opened to misuse!

Clean Water Depends on Your Involvement