West Virginia Rivers Board of Directors 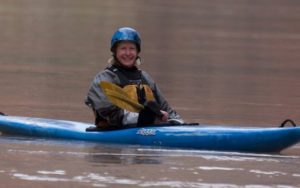 Chrissy Zeltner (Chair) is an avid whitewater kayaker who frequently can be found on a West Virginia river. Her favorites are the Middle Fork of the Tygart, the Big Sandy, and the Cheat. She is originally from Pennsylvania, and now lives Bruceton Mills, WV.  As a self-employed massage therapist, Chrissy is able to make time in her schedule for lots of kayaking, mountain biking, skiing and spending time with her dogs Nova and Max. 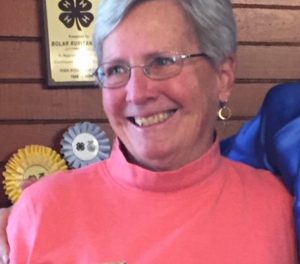 Rachel Tompkins (Vice Chair) retired in 2009 to her family home place on the banks of Douthards Creek in Pocahontas County, the Birthplace of Rivers. Before that she had a varied career in education, government and non-profit organizations. Rachel directed the WVU Extension Service for 10 years and during that time served her first term on the WV Rivers Coalition Board. Caring for her land, bordering the Monongahela National Forest and at the headwaters of the Greenbrier River, is her continuing passion. 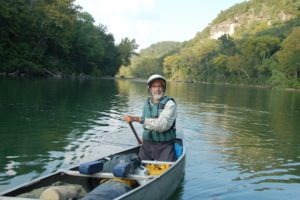 Ed Gertler (Secretary) is a retired engineer with Maryland Department of the Environment, Water Management Administration, where he worked from 1970 to 2013. He has been an accomplished whitewater canoeist for nearly 50 years, and is the author of three paddling guidebooks and contributor to others. He is also an avid hiker, biker, contradancer, and weed warrior. 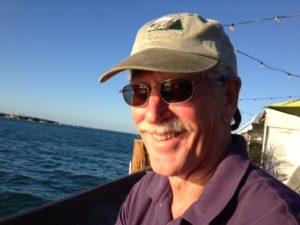 Paul Breuer is a whitewater rafting industry pioneer. In 1973 he formed Mountain River Tours and became the first outfitter to run the Gauley River. Through his innovation, leadership and vision he provided and opportunity for millions to experience outdoor adventure activities. 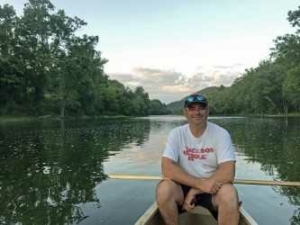 Shawn Romano, a native West Virginian, resides in Charleston where he is a practicing attorney.  Shawn learned his love of the outdoors at a very young age from his grandfather; who would take him fishing and exploring in the woods along the West Fork River in Lewis County. His enjoyment of paddling moving water began in Morgantown while he was a student, and continues to this day. Shawn spends most of his river time on the Greenbrier River, and has paddled it’s entire length. His time on the Greenbrier has reinforced his belief that strong, vibrant ecosystems rely on a foundation of clean water. He is most proud to have passed his love of rivers on to his daughters, Sophia and Isabella, both of whom enjoy spending time on the river. 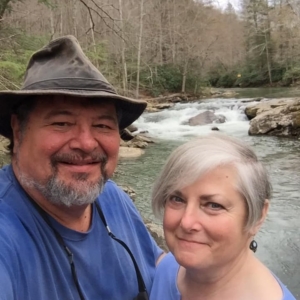 Dave Ruediger grew up in the woods, rivers and lakes of Michigan. This led him to degrees in horticulture and science education. He spent 36 years teaching students biology, environmental and earth science in Michigan, Illinois and, for the past 29 years, West Virginia. The mountain streams and whitewater of The Mountain State called to him and he spent a large portion of his mid-life in the rocks and rapids of the Elk, Gauley and New Rivers. In 2001, his soul-mate, Pam, and he were married next to a waterfall on the BlackFork of the Elk River in Webster County. They now reside near the BlackFork of the Cheat River in Tucker County. They are both active with the Friends of the Cheat and the Cheat River Water Trail. They look forward to sharing their love of the river with their children, grandchildren and believe river time is something everyone needs regularly. 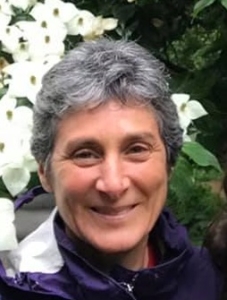 Jennifer Sass is an avid whitewater kayaker, rafter, cross-country-skier and fireside chatter. She was born in upstate New York. Following her father’s military service and graduate studies, the family relocated to Saskatchewan, Canada where Jennifer grew up. She made her way back to the U.S. for her own graduate studies in environmental and occupational health, and has lived in this region ever since. Jennifer works as a scientist to advance safer chemical policies and practices that protect the health of our waterways and wild spaces, and the people and animals that depend on them. Jennifer resides in Maryland with her husband and two cats.Favorite WV River: The Cheat Canyon in spring, and the Gauley in Fall. 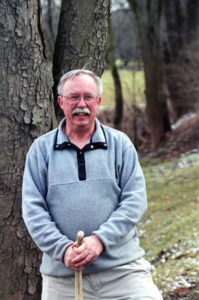 Turner Sharp (Treasurer) grew up on a dairy farm in Central Maryland but has been a West Virginia resident since 1977. He attended Potomac State College and West Virginia University graduating with a BS and MS in Forestry. Turner has worked 30 years in the wood products industry. Although retired, he has contracted with the WV Division of Forestry for the past two years to update their Big Tree Register. Turner is a member of the West Virginia Highland Conservancy and active in West Virginia Wildwater Association, Friends of the Ohio River Islands National Wildlife Refuge, and Native Tree Society. Turner and his wife Susan share eight children/step children and nine grandchildren/step grandchildren. 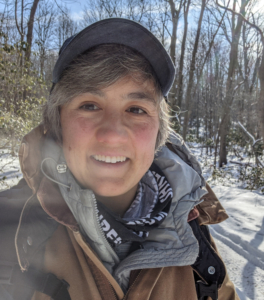 Margot Stiles joined WV Rivers in order to ensure healthy rivers as the foundation of a resilient community and economy in West Virginia. Margot fell in love with whitewater kayaking and West Virginia after moving east from Seattle in 2005. She is building a cabin in Bruceton Mills and divides her time between West Virginia and Maryland. Margot is a marine biologist with 20 years of experience in habitat conservation, fisheries and community resilience in the U.S., Latin America and the Asia Pacific. She has mentored and supported the startup of ocean conservation groups all over the world and currently works as an independent consultant. Margot is fluent in Spanish and enjoys spending time outdoors with friends and family.
Favorite WV River: Upper Gauley in October 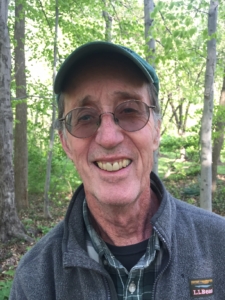 Mac Thornton, an avid kayaker since the 1970’s, became increasingly concerned about the state of West Virginia’s rivers. That led him to be a co-founder of WVRC in 1989, and he served as Chair of the Board until 1998. After a gap of 23 years, he rejoined the Board in 2021. In the gap, he co-founded the Potomac Conservancy and served as its Chair, and he also served 18 years, including as Chair, of Potomac Riverkeeper Network. Mac is a former Federal white collar crime prosecutor, and lives in Maryland near Washington, D.C., spending a lot of time at a second home in Canaan Valley. His wife Molly is a former member of the U.S. Whitewater Team, and they have two kids adopted from Russia, both of whom are now in college. Mac looks forward to helping WVRC expand on its many successes! 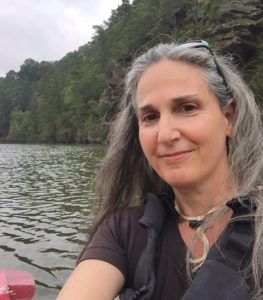 Nancy Ward grew up in Minnesota, and surrounded by 10,000 lakes, learned to canoe and fish before she could walk. Perhaps a slight exaggeration, but close. Her youth was spent on  the water canoeing, hiking, and exploring. She graduated from MCAD with a BFA and moved to NYC. In 1986 Nancy moved with her husband and kids to WV and discovered the joy of moving water (rivers) and mountains. They ran a successful retail store for 28 years in Charleston and in 2016 retired.  Her involvement with the Rivers Coalition began with the water crisis where she was an active advocate for the small business community and their need for clean water. Nancy is president of the West Virginia Mushroom Club and has been an avid amateur mycologist for 20 years.