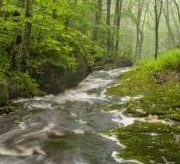 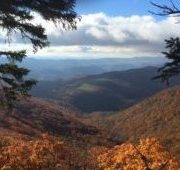 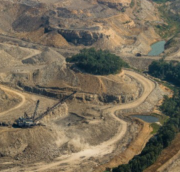 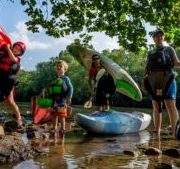 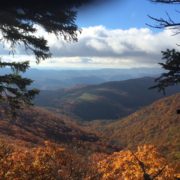 The Place And People Are Pure West Virginia

They call it The Roaring Plains for a reason. Atop the ridge, snows come sideways, campfires swirl, and nearly every spruce is flagged. On sunny days, though, there are views of the distant Seneca Rocks unparalleled by those from any other prospect. If you can manage to haul a telescope up the trail, you won’t want to sleep until daylight knocks out the stars.

The Roaring Plains and neighboring Flatrock Plains in Randolph and Pendleton counties comprise the largest and highest flat-topped plateau in eastern North America. It includes Roaring Plains West Wilderness, which was created in 2009 as part of the Wild Mon wilderness bill.

It also contains the highest sphagnum bogs in West Virginia; these help regulate stream flow at the headwaters for both sides of the Allegheny Front. There are wide, rocky, tree-studded flats surrounded by rock outcrops and cliffs. The views of surrounding ridges are breathtaking. 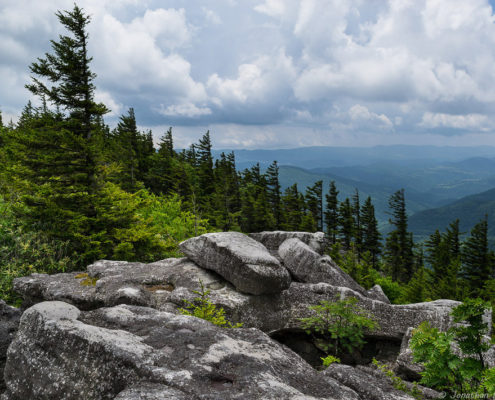 There’s another side to wandering in Roaring Plains, though. Intimate contact with nature. The spruce, the dense thickets of rhododendron and mountain laurel — and their June blossoms of white and pink — and, best of all, the blueberries.

It includes the rugged Mount Porte de Crayon, West Virginia’s 6th highest peak, and trails connecting to Red Creek Plains and Dolly Sods Wilderness. You could even hike all the way to Canaan Valley.

Some of my most vivid memories on The Mon come from Roaring Plains. My cadre of backpacking compadres have camped in a little grove of spruce known as the Hippie Shack. There’s no shack, just an opening in the sprue that provides shelter for five tents from the fierce winds. We’ve hike and camped along the Canyon Rim Trail, on one occasion lounging four hours on a flatrock overlook one November day when the temperature reached 70 degrees.  And we’ve been hit by sudden snows — about 180 inches fall there from October to May.

And there was the time we decided to take a shortcut — it’s always the shortcuts that get you — and got lost for hours in the thickets and bogs. We traipsed aimlessly all afternoon in a narrow stream with water to our knees amidst grasses all around 4 to 5 feet tall. At least they seemed that tall. Finally, we began to seriously consider that we would not make it back to camp that night. That splendid meal of flank steak and guacamole hanging in a bear bag at camp would go uneaten.

We seven middle-aged guys argued about which direction to strike. To escape the racket, I moved toward the woods 25 yards away. Stepping through, I immediately discovered the trail we had set out on that morning. We were less than a mile from camp. That was one of the best camp suppers I’ve ever had.

On a solo trek many years ago, I huffed my way up to the rocks and reached them exhausted. There I found a hiker admiring the view. We exchanged pleasantries and stories, and he interpreted the surrounding ridges and valleys to me. After a time, he grew silent and smiled, and said quietly, “This is what got me home.”  I looked at him waiting for more. He lifted a pant leg to show me his prosthetic. “ When you are bivouacked in a rice paddy for weeks on end waiting for sniper fire, you think about the things you want to get back to.”

All I could think of to say was, “Thank you.” He look at me and nodded, replying, “You bet.” Then we shook hands and he disappeared down the trail.

I am older now than he was then. I’ve noticed over the last couple of years that when someone says thank you to me, I reflexively say, “You bet.”

Another time, I was driving out of the forest on a rutted road. Distracted by scenery, I slid two wheels into a ditch. I spent a long time trying to get out, to no avail. I remembered chatting with a couple of bear hunters earlier in the day, and hoped those two pickup trucks back at the trailhead belonged to them, and that they would come by on their way out. They did.

Within minutes they had attached a chain to my car, pulled me out, given me a dry towel to get the mud off my face and body, and some water. Following West Virginia code, they would not accept any token.

These days I worry about The Mon and other national public lands. To me, it is unconscionable that some people want to sell off or give away vast tracks of our heritage.

I could no more choose a favorite place on The Mon than drink only one kind of wine. But the Roaring Plains are in my bones. Every time I drive out Route 28, as I approach Jordan Run Road, I feel my steering wheel, and my heart, veering toward a trailhead to this spectacular place. 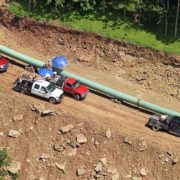 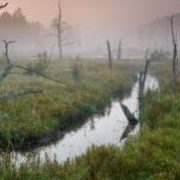