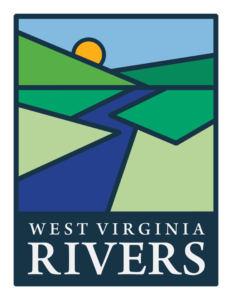 Charleston, W.Va. – The West Virginia Rivers Coalition is voicing its opposition to provisions in the Energy Independence and Security Act (EISA) that put West Virginia communities and waters at more risk than other states. The federal legislation, slated to be attached to a budget continuing resolution for a vote by September 30, undermines fundamental environmental laws and cuts out judicial review of rushed approvals involving the Mountain Valley Pipeline (MVP).

“This legislation says to West Virginians that our water and our communities are not deserving of equal protections,” said Angie Rosser, executive director of West Virginia Rivers Coalition.

“Why should our water resources and people be less valued? Congress needs to ensure that environmental laws are applied consistently and fairly, and no communities should be made more vulnerable by giving a pipeline project that hasn’t been able to comply with the laws a free pass.”

Rosser’s comments point to provisions in the EISA that mandates the expedited construction and removal of judicial review of the MVP, a 42” diameter natural gas pipeline that traverses 200 miles across 11 West Virginia counties. The legislation mandates the U.S. Army Corps of Engineers to authorize crossings for over 300 waterbodies within 30 days of the law’s passage. The EISA prohibits judicial review of the Army Corps’ authorizations of water crossings as well as other federal permits and decisions that courts previously deemed flawed and insufficient.

“This legislation irresponsibly fast-tracks approval to cross hundreds of streams in West Virginia, including vitally important headwater streams that feed our drinking water supplies and serve as cherished trout fisheries,” said Autumn Crowe, program director for West Virginia Rivers Coalition. “Public input is to be ignored. Checks and balances provided by the judicial system to ensure adequate protections are eliminated. We know this legislation will have negative consequences for our rivers and streams and people.”

Crowe manages West Virginia Rivers Coalition’s citizen monitoring program, which has trained and equipped over 1,000 volunteers to document problems caused by MVP’s flawed permits and illegal construction practices. “MVP has been cited by regulatory agencies for over 250 failures to protect water resources in West Virginia,” said Crowe. “Consequences of flawed permits without proper review will undoubtedly cause more harm. This is not theoretical. We’ve seen firsthand what goes wrong on MVP when laws are skirted. Passing this legislation will only make those wrongs worse for West Virginia.”

The legislation also places endangered species in further peril, such as the candy darter in West Virginia, by directing the U.S. Fish and Wildlife Service to quickly give the green light to MVP to construct through critical habitat without time for proper scientific review.

“This legislation needs to be rejected on its merits as it deprives our water resources and wildlife habitat from protections afforded everywhere else in this country,” said Rosser. “West Virginians deserve better, and that should start with receiving equal treatment under the law.”

West Virginia Rivers Coalition also shares concerns about other areas of the bill that undermine progress on addressing climate change, fast-track scientific review, and curtail public input for a broad swath of projects. “We agree with a growing number of members of Congress who are calling for the responsible consideration and ample debate of this legislation. One week to consider legislation with such far-reaching impacts and weighty decisions is not the way we expect democracy to work,” said Rosser.

Save the Date: Candidate Forum in Morgantown on Sept 29