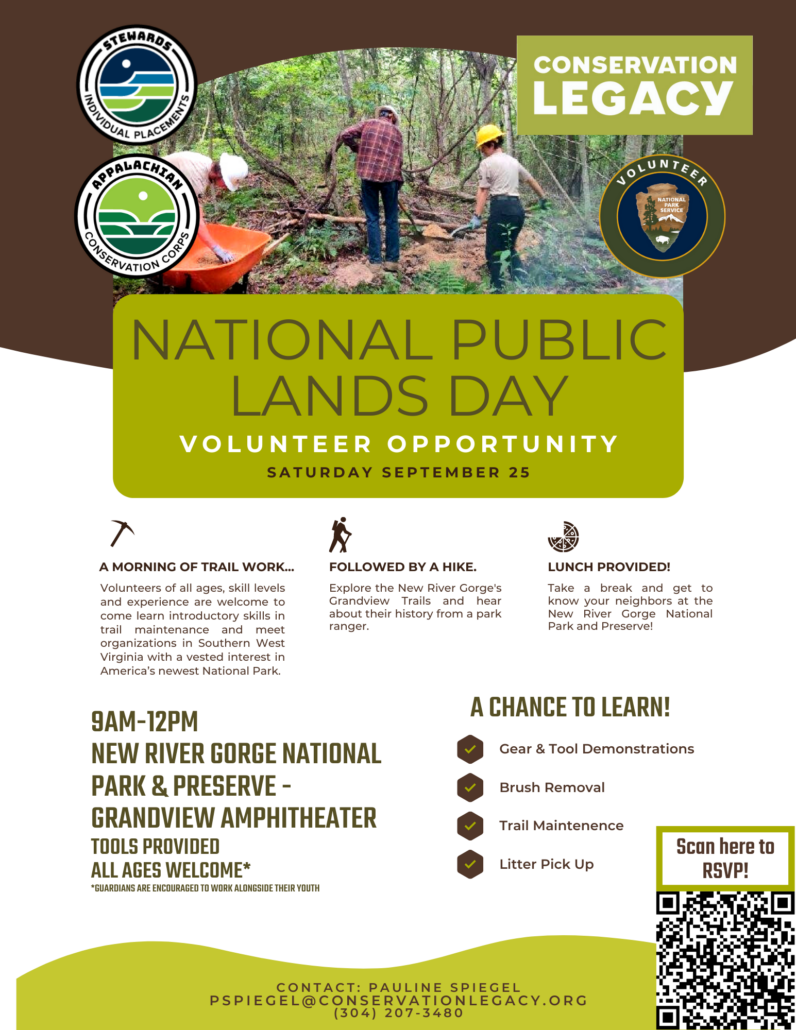 This Saturday, September 25, is National Public Lands Day! Stewards Individual Placements, Appalachian Conservation Corps, and the National Park Service are coordinating a volunteer work morning from 9AM-12PM for folks of all ages, abilities and experience to work on trail maintenance and beautification at the New River Gorge National Park and Preserve’s Grandview area.

Experienced crew members will be stationed along the work site to teach participants introductory trail maintenance skills, so this is an opportunity for folks to learn about what goes into maintaining our national parks. Lunch will be provided at the Grandview Amphitheater and volunteers will be invited to join New River Gorge Rangers on an optional hike following the morning’s work. 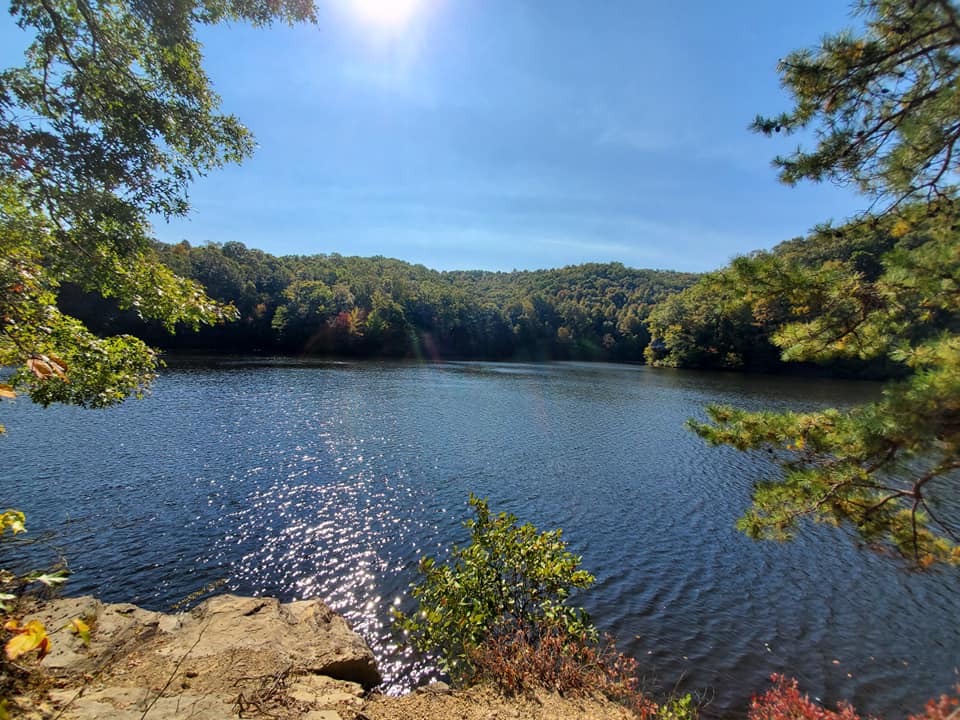 East Lake Lynn Wildlife Management Area, located in Wayne County, was at the center of a recent debate over whether to allow all-terrain-vehicles, or ATVs, on public lands.

The West Virginia Public Lands Alliance opposed the proposal which would have converted public lands into private management with potentially restricted use.

The proposal, that was scrapped due to opposition, would have shifted management of the lands from the WV Division of Natural Resources over to Hatfield and McCoy Trail Association as an attempt to solve the illegal ATV activity in the area. Read more here. 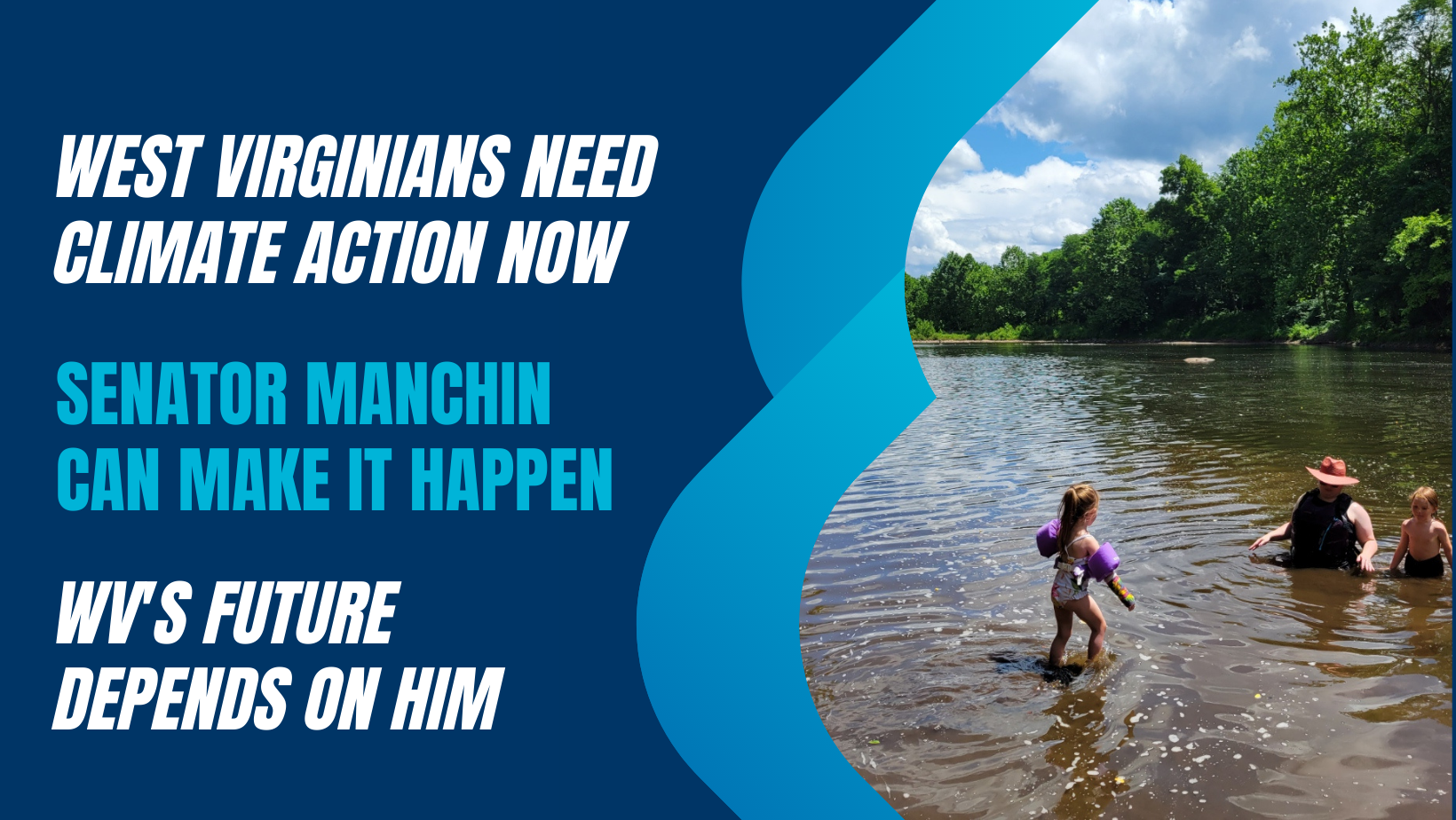 Congress is in the midst of passing two important legislative packages, the Bipartisan Infrastructure bill, which has passed the Senate and is pending in the House, and the Build Back Better Act, which is currently being drafted by Congress and is expected to be voted on as soon as late September through budget reconciliation. Together, they are referred to as the Build Back Better agenda. If both are passed, we will be on target to reduce greenhouse gas emissions by 45% by 2030 while creating millions of jobs.

Senator Manchin was key in passing the Bipartisan Infrastructure package in the Senate, but he is not feeling a sense of urgency in passing the 3.5 trillion dollar Build Back Better Act through budget reconciliation.

We need to prioritize investments in our public lands and waters that will create good-paying jobs, help address the climate crisis and secure our outdoor heritage for future generations. The Build Back Better Act is the best option for creating a new Civilian Conservation Corps to put Americans back to work, restore degraded public lands and wildlife habitat, strengthen community resilience, and help address the deep racial inequities exacerbated by the pandemic and economic crisis. It is also the best avenue to resolve much-needed oil and gas reforms on public lands.

You can let Manchin know that robust investments during budget reconciliation is an opportunity that West Virginia can’t afford to miss out on.

The Forest Service continues to provide guidance on use of developed recreational sites to keep visitors safe. You can find up-to-date information about access and restrictions within the Mon National Forest here.

Urgent: Senator Manchin Needs to Hear from You
Scroll to top