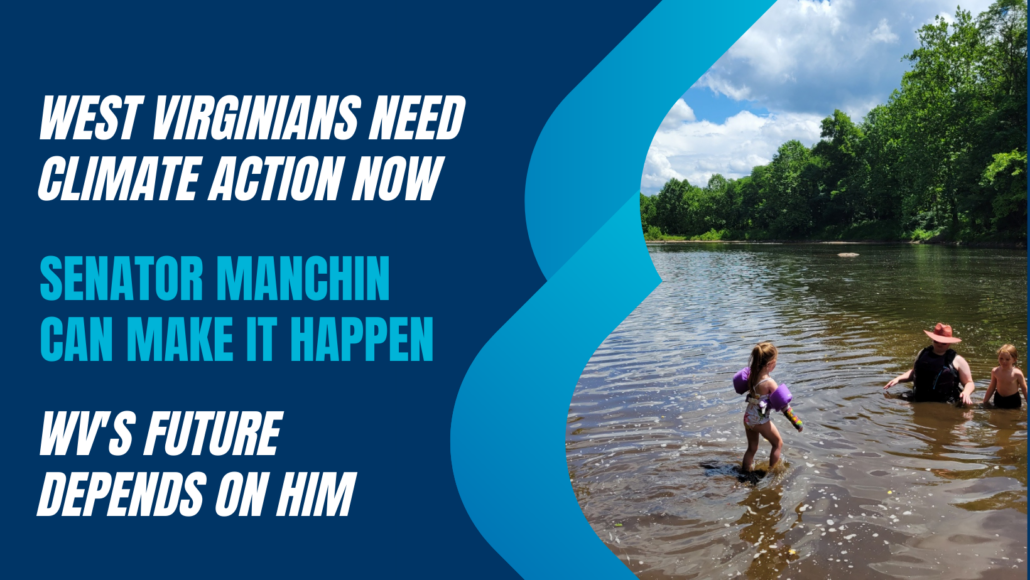 Congress is in the midst of passing two important legislative packages, the Bipartisan Infrastructure bill, which has passed the Senate and is pending in the House, and the Build Back Better Act, which is currently being drafted by Congress and is expected to be voted on as soon as late September through budget reconciliation. Together, they are referred to as the Build Back Better plan.

These bills have the potential to make transformational investments in West Virginia’s infrastructure and economy. Our own Senator Manchin is the key to making it happen.

Key investments include the Clean Electricity Performance Program which would provide West Virginians with good jobs, lower electricity costs and better health. Check out this op-ed on the CEPP.

The Build Back Better plan would also create a new Civilian Conservation Corps to put Americans back to work by restoring public lands and wildlife habitats. According to a West Virginia jobs report by Reimagine Appalachia, reviving the CCC could create almost 12,000 jobs in West Virginia. The plan also includes mechanisms to reclaim abandoned mine lands and oil and gas wells.

Act now, let Senator Manchin know that robust investments during budget reconciliation is an opportunity that West Virginia can’t afford to miss out on.