A new year, a new presidency, a new Congress, a new WV Legislature. It’s a whole lot of change, and at times it can be quite painful. But it’s also a time for a fresh start and an embracing of this moment of transition. Last month, we introduced our newest team member, Chett Pritchett. Now, he shares a blog about these unprecedented times the urgency for truth-telling as it relates to clean water. Read Chett’s blog here.

Here at WV Rivers, we often refer to ourselves as “truth-tellers”. It’s a moniker that sets our policy positions and determines how we communicate with you and decision-makers. On February 10, the West Virginia Legislature will convene for the 2021 session and WV Rivers will be there (whether virtually or in-person) as a truth-teller. 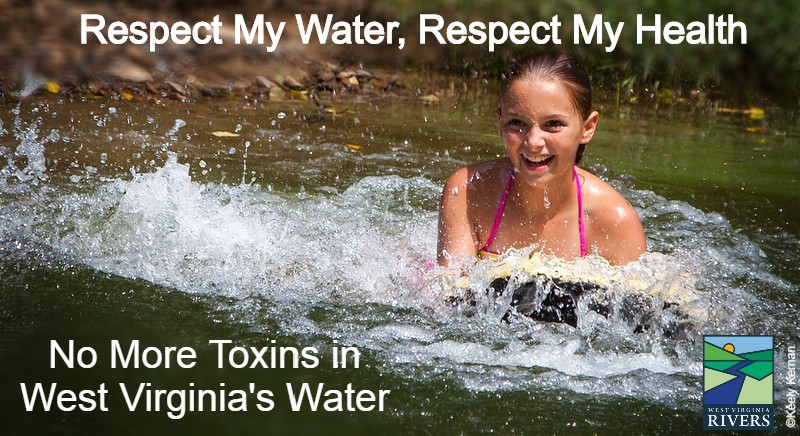 Be informed and get involved! Sign-up for weekly water policy updates throughout the WV Legislative Session, we’ll share the latest news and easy actions you can take to keep your water safe. Be sure to follow us on Facebook and Twitter for breaking news and real-time updates on water quality issues.

Changes Made to Important Water Quality Permit by WVDEP 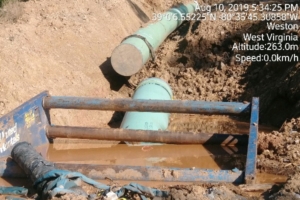 This month, WVDEP issued a response to comments WV Rivers submitted on the changes to the permit conditions that regulate construction activity in rivers and streams called the Nationwide Permits. Read our comments here.

WV Rivers, along with 16 partner organizations who signed-on to our comments, objected to WVDEP’s proposal which weakened permit requirements. While we didn’t gain much from our requests, we were happy to see that WVDEP also rejected most of industry’s requests.

Read our full analysis of the WVDEP’s response to their certification of the Nationwide Permits here.

5th Anniversary of the Paris Agreement Observed in WV 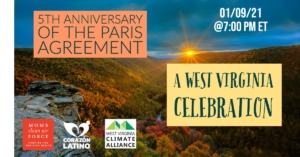 Science-based education and policy solutions to address climate change are more important than ever. In an effort to mitigate this global threat, the Paris Climate Agreement, an international treaty, was adopted in 2015. The world committed to staying “well below” 2 degrees Celsius of warming by the end of the century. To achieve this goal, countries around the world have been working to reduce greenhouse gas emissions. While the Trump administration withdrew the U.S. from the Paris Agreement last year, folks across the country are working towards a re-entrance under the Biden administration.

On January 9, the WV Climate Alliance, of which WV Rivers is a member, hosted a virtual program on the 5th Anniversary of the Paris Agreement. The event included a series of short videos, a panel discussion, and a very special performance from WV musicians Julie Adams, Josh Barrett, and Ron Sowell. Check out the video here.

WV Rivers depends on donations from supporters like you to advocate for clean water and wild public lands. Last year, we made great strides for healthier streams, which you can learn about in our special year-end report.