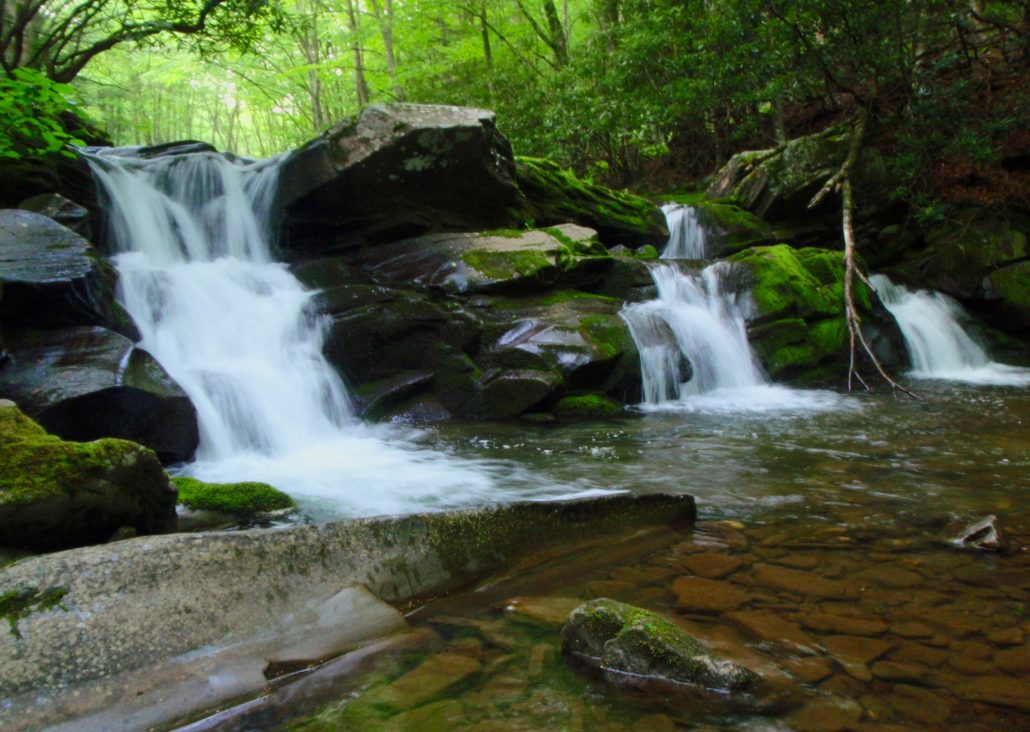 Seneca Creek is one of the iconic “roadless” areas in West Virginia. Photo by Matt Kearns.

The 2018 federal budget was more than a “day late,” but it was not a “dollar short” when it came to public lands funding. Most land-management agencies and conservation programs saw an increase in funding. The Park Service gets additional maintenance funding and the Forest Service realizes their long overdue “fire fix” to help shift the rising costs of firefighting away from their everyday operations budget.

The Land and Water Conservation Fund (LWCF) received a 9% bump, up to $425 million, but is still well short of the full $900 million needed to fully fund the program. With this modest increase, West Virginia should see additional access projects in the Gauley River National Recreation Area.

The FY18 budget is also a win for public lands in terms of what was left out. The agreement avoided controversial “riders” or amendments that would have weakened important conservation mechanisms like the Endangered Species Act or the Forest Service’s Roadless Rule. Thanks to everyone who spoke up in defense of special places like Seneca Creek, West Virginia’s roadless areasremain protected, for now. Harmful riders can accompany nearly any bill and we must remain alert.

Because the 2018 budget was passed so late in the fiscal year, it will only be a few short months before Congress is back at negotiations for FY19. The Administration’s proposed budget suggests deep reductions to public lands and conservation. The LWCF takes a 90% cut. We will need your continued help to advocate for the funding that supports sound management of our public lands.

Tracking the LWCF in Washington

Braving winter weather, the pair met with the offices of four of our state’s five Congressional Delegation and had valuable facetime with Senator Capito and Representative Jenkins. 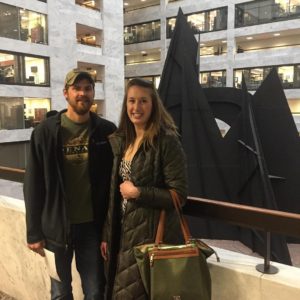 From city parks to our national forests, the LWCF has touched nearly every county in WV since 1965. Thank you to Cassie and Brian for recognizing the valuable role hunters and anglers play in conservation and access and speaking up for our public lands. 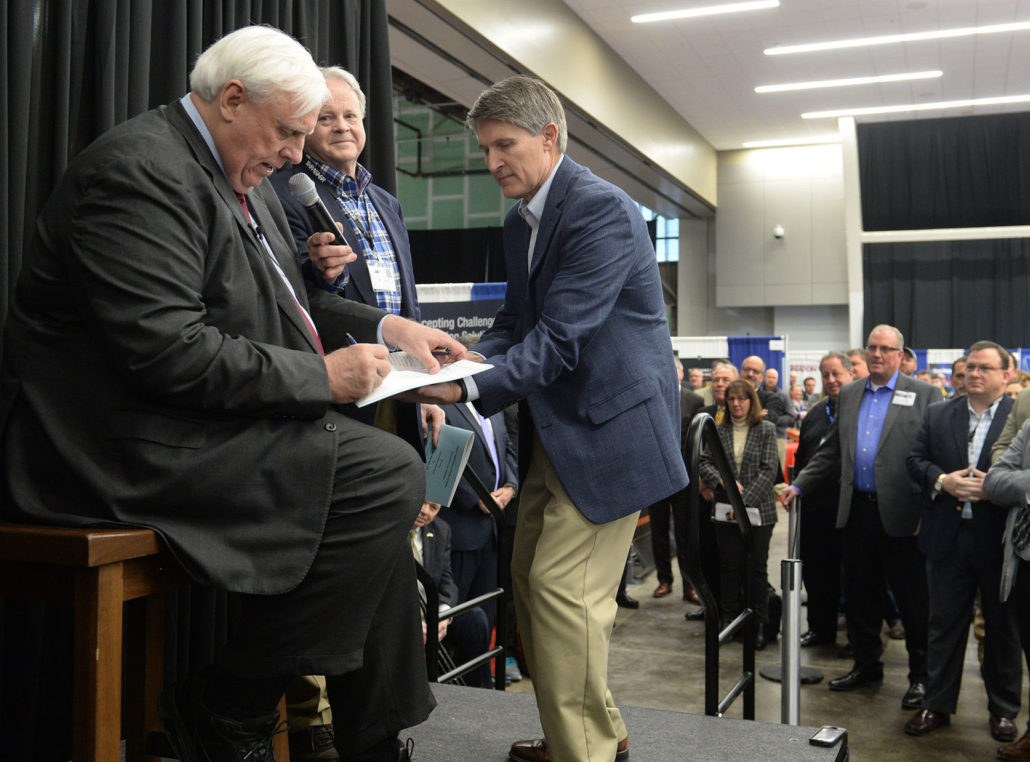 The public debate to allow commercial logging in West Virginia’s state parks reached a favorable conclusion on March 22, as Governor Jim Justice signed SB 438 into law. Instead of cutting trees for revenue, SB 438 directs additional funding from the WV State Lottery to support a bond for capital improvements in state parks. This measure was one of many alternative revenue suggestions made by the “Save Our State Parks” campaign coordinated by West Virginians for Public Lands. Over 20,000 letters, emails, calls, and petitions were sent to the State Capitol in opposition to logging in our parks.

With the public’s support, and this additional funding, we hope to work collaboratively to support the future maintenance and management of our state parks with WVDNR. To encourage continued involvement and promotion of these treasured assets, the WV Environmental Council is hosting a state parks calendar of events on their website. 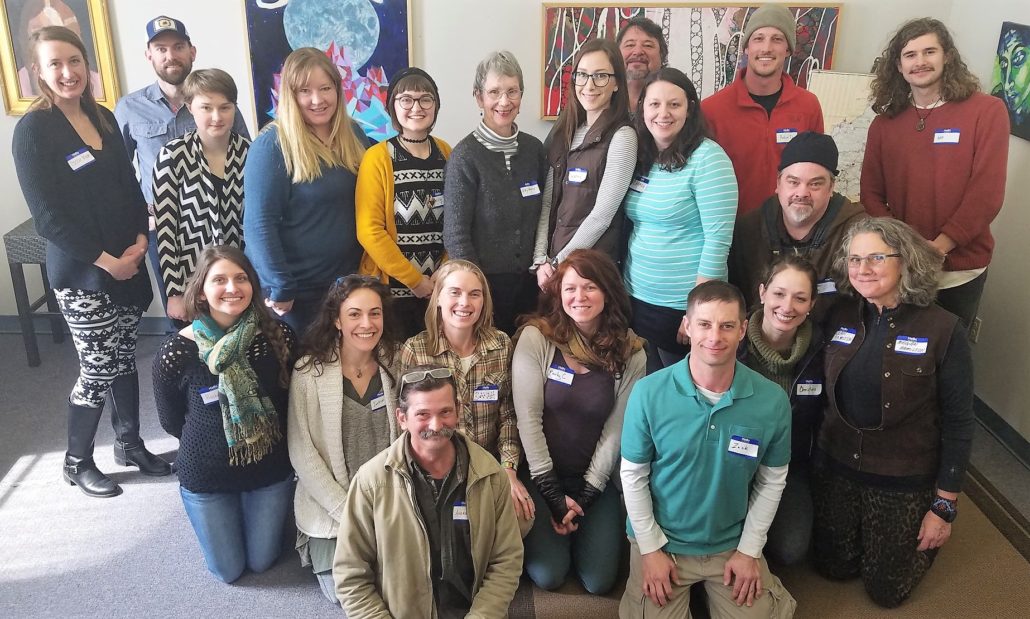 WVPL’s volunteer leaders hail from diverse backgrounds and each brings their own special skillset to the program. You can check out some photos from the workshop here. We look forward to seeing what great things these folks accomplish!

Business owners that care for public lands in Fayetteville and Thomas have been busy encouraging their fellow entrepreneurs to recognize the value public lands bring to our state.

John Bright, owner of the renowned music venue Purple Fiddle in Thomas, WV shares, “It is obvious that West Virginia’s economy is shifting from the extractable industries to tourism as a main economic driver and so our public lands and water resources are vital to our growth into the future. Service-oriented businesses in the mountain highlands, such as the Purple Fiddle, are indebted to the lure of public lands and we are committed to their protection.” Read more from John in a recent piece published in the Gilmer Free Press.

Thank you to Water Stone Outdoors and Blackwater Outdoor Adventures for their role in forging new partnerships with West Virginia businesses.

Join us in giving the newest member of the WV Rivers’ team a hearty welcome! Matt Kearns comes on board as our Public Lands Campaign Coordinator. Matt is a native West Virginian, Coast Guard veteran, and avid outdoorsman. He received his undergraduate degree in Environmental Science from the US Coast Guard Academy and just completed a master’s degree in Forest Resource Management from West Virginia University. 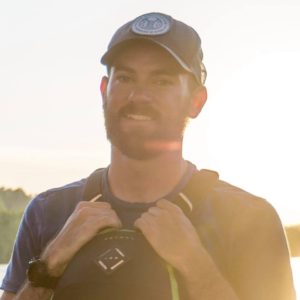 Some of you might recognize Matt from his long-time involvement with WV Rivers public lands campaigns, including his 2016 Elkspedition.

Matt shares that it’s his “deep love for the Mountain State, a thirst for clean water, and an ‘all of the above’ approach to outdoor recreation that fuels his work on behalf of West Virginia’s public lands.” Welcome to the team, Matt!

Public Lands in the News