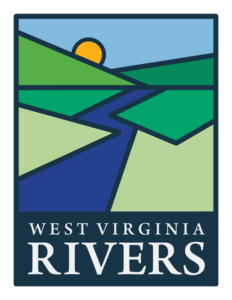 News that legislation to allow logging in state parks has been derailed prompted cheers from public lands proponents and the public across West Virginia. The news, first announced in a press release from Senator Mike Woelfel, brought relief to thousands of West Virginians who had voiced their concerns that logging within the state park system would do irreparable harm to the state’s Wild and Wonderful image and its most cherished public resources. The bill, SB 270, had been introduced to enable commercial logging in all state parks. It was later revised to permit commercial logging only in Watoga State Park. In both forms, the idea brought on sustained public outrage.

“The depth and diversity of support for public lands across West Virginia is inspiring and makes me proud to be a Mountaineer,” said Matt Kearns, coordinator for West Virginians for Public Lands. “We hope to use this positive energy to help DNR figure out a way to make our parks more sustainable. Senate Bill 438 passed the Senate yesterday and may be one way to help.”

When the measure was announced in January, several West Virginia conservation organizations quickly rallied under the umbrella campaign, Save Our State Parks. They compiled research on alternative ways to fund parks and weighed in on forest management issues. Soon, spontaneous opposition came from all corners of the state as sportsmen wrote letters to the legislature, park supporters organized public meetings, and professional foresters voiced opposition to the bill. In the end, the public chorus was heard.

“West Virginians of all backgrounds and political views came together to take a stand for our shared love of our state and our mountains. Our public land is literally our common ground, and thousands of West Virginians spoke up loud and clear to demand that these special places remain protected,” said Chad Cordell of Kanawha Forest Coalition.

One sportsman took it upon himself to gather over 2,200 signatures opposing the bill from fellow outdoors people at an annual hunting and fishing show in Charleston. “We would like to say thank you for listening to our voices and exercising the will of ‘We the People,’” said Kevin W. Hughart, a lawyer and sportsmen who led the petition effort. ”This is the way government is supposed to work regardless of your political party.”

“With the logging issue behind us,” said Kearns, “West Virginians will turn their attention to other pressing needs, such as working with the WV Congressional delegation to shore up funding programs relating to WV national forests, parks, and wildlife refuges.”

Partners in the Save Our State Parks campaign shared the following comments:

“When a senator told me he had received more citizen opposition to this bill than any other this session, it reinforced that the preservation of our state parks is very personal for many people,” said Angie Rosser, executive director of West Virginia Rivers Coalition. “It is part of what we take pride in as West Virginians. The message to keep logging out of our parks was loud and clear, and it won the day.”

“The folks said: Don’t log our state parks and the legislature got the message,” said Judy Rodd, director of Friends of Blackwater.

April Keating, WV Chapter of the Sierra Club, said: “West Virginia’s state parks are a microcosm of the wild that has been set aside and made accessible so that people tired of the ever faster pace of a hectic, high-tech life can experience the grandeur and healing force of undeveloped forest. Folks know that our state parks and old growth forests are rare treasures that deserve to be protected. In a world that is increasingly industrialized, these wild places provide the antidote, and that is something that money can’t buy.”

Larry Thomas, president of WV Highlands Conservancy, said, “Thanks to the numerous organizations and individuals who made their voices heard through email, telephone calls and social media, to defeat the preposterous idea that to keep the forests healthy in our West Virginia State Parks we must cut down trees.”

“The ill-conceived SB 270 accomplished one thing, which was to demonstrate how many West Virginians appreciate and feel a deep personal connection to our state parks and their beautiful, mature forests, as these citizens combined their voices into a groundswell of passionate opposition to this proposal to allow commercial logging in our parks. We’re pleased that state legislators listened and then responded to the overwhelming public preference for maintaining existing protections on our state park forests,” Jim Waggy, Kanawha Forest Coalition.