Conservation groups working on solutions to the maintenance backlog in state parks are disappointed that Commerce Secretary Woody Thrasher is standing by a bill to allow commercial logging operations in the parks. Organized under the name, Save Our State Parks, or SOS Parks, the groups met with Thrasher January 25 to present alternative funding ideas. 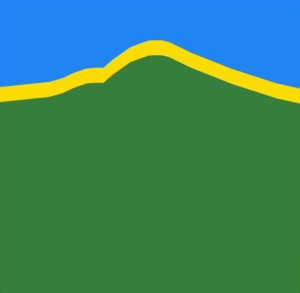 Senate Bill 270, would allow logging in state parks to fund a parks bond. SOS Parks groups presented eight of their nineteen funding ideas to encourage Secretary Thrasher to withdraw the Governor’s logging bill, which has been met with stinging public criticism, including from within the Governor’s own party. On Tuesday, Agriculture Commissioner Kent Leonhardt became the most prominent Republican to speak out against the bill.

The funding ideas include increasing the state park’s share of purchase card rebates and apportioning some state lottery proceeds to park capital projects. Another proposal is a modest surcharge on accommodations in the parks. The parks host 700,000 overnight guests each year. With the proposed bond focused on improving facilities, a small capital improvements surcharge could be added to fees or reservations at state park lodges, cabins, and campgrounds.

“We’ve been told that our state parks are experiencing a funding crisis but Secretary Thrasher immediately dismissed all other options except logging,” said Chad Cordell of the Kanawha Forest Coalition. “Why would the Secretary insist on putting our parks at risk when there are other viable revenue options that are consistent with the purpose and mission of our state park system?”

“Legislators have been hearing from their constituents about this bad idea. Their phones are ringing off the hooks,” said Karan Ireland, a lobbyist with the West Virginia Environmental Council. “People just don’t want logging in our parks, and legislators are listening to them. As one Senator said to me: ‘When my people don’t want something, neither do I.’”

“Bird watching is one of the highest dollar-generating activities in eco-tourism. Our parks represent only about one-half of one percent of the Mountain State’s forested land base. Much of the remaining 99.5% is open to the wood products industry and management for early succession forests,” said Doug Wood, president of the WV Scenic Trails Association. “Let us resolve to allow these forest gems to remain tourist-drawing, awe-inspiring, magnificent landscapes, while we work together toward more innovative ways to fund much-needed state park infrastructure improvements.

“There are strong ecological or economic arguments against these bills, but we also can’t lose sight of our values and our responsibilities,” said Matt Kearns of West Virginians for Public Lands, who led the research effort. “We’ve been handed these parks from those that came before us and we need to pass them on to future generations unmarred. We can rebuild lodges in a matter of months but it’ll take many decades to replace a mature forest.”

More information about the alternative funding ideas and other information is available at http://WVRivers.org/sosparks-resources.