Take the West Virginia Climate Pledge today, and we will send you a FREE sticker featuring species native to West Virginia that are impacted by climate change. Designed by West Virginia artist Nichole Westfall, this beautiful sticker  commemorates your commitment to climate action in West Virginia and beyond! 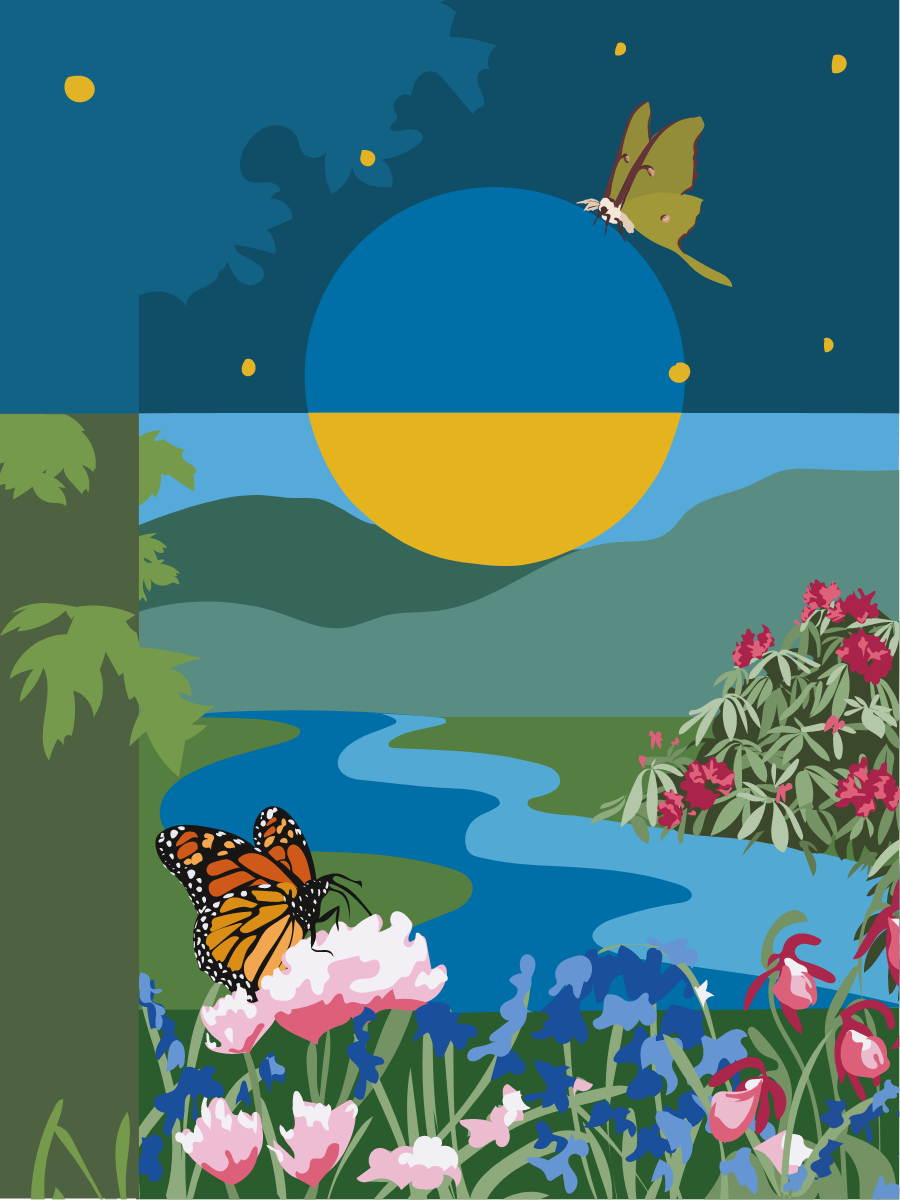 What does taking the Pledge mean?

It means you acknowledge the fundamental realities of climate change and support meaningful actions to address one of the greatest challenges facing our planet.

We want this Pledge will bring awareness to the existence, causes, and impacts of climate change to the lives of West Virginians and inspire folks to act.

After taking the Pledge, we’ll mail you the limited edition climate pledge sticker. We’ll also keep you up to date on opportunities to learn more and take action on climate change.

What the Pledge Says

I trust the science that human-caused climate change is happening.

Human activities, like electricity, transportation, and agriculture, have produced greenhouse gasses that trap heat in the atmosphere causing the “greenhouse effect” and warming the planet. Carbon dioxide (CO2) is the greenhouse gas of greatest concern to scientists. Since 1750, humans have increased the amount of CO2 in the atmosphere by about 50%. The United States has emitted more CO2 than any country being responsible for one-quarter of historical emissions worldwide.

There is now a greater than 99% consensus among scientists that climate change is caused by humans. But, how is that consensus determined? Climate-related scientific papers that were both peer-reviewed and published in the past ten years were examined by researchers to see how many of these academic papers are skeptical of human-caused global warming. The finding is that more than 99% of these publications agree that climate change is human-caused. This scientific consensus extends to many American scientific associations and academies, along with government agencies and intergovernmental bodies. Want to explore more on the existence of climate change?

Check out the past, present, and future climate in our state of West Virginia with this interactive map via WV Climate Link at West Virginia University. Then take a trip in NASA’s climate time machine to look at some of the key indicators of climate change globally like sea ice, sea level, carbon emissions, and average temperatures.

I recognize that more frequent and intense weather events, like flooding and droughts, are effects of climate change.

I understand we must listen to scientists and reduce greenhouse gasses to avoid the worst climate impacts.

I understand protecting our waters and public lands are some of the best defenses against climate change.

Conservation and restoration of our forests and lands are “natural climate solutions.” Practices like reforestation and forest protection can store carbon, reduce greenhouse gas emissions, and provide vital ecosystem benefits like cleaner air and water. Explore some of the most effective natural climate solutions in this primer by the Nature Conservancy.

I know that resources need to be provided to communities that are impacted the most by climate change and those having a harder time as our nation transitions to renewable energy.

Communities on the “frontlines” of climate change experience the impacts of our warming world worse than other communities. Communities of color and low-income communities disproportionately bear the brunt of these environmental impacts like air pollution, flooding, drought, and heat waves. The idea of addressing these inequities by supporting historically underserved communities is called “climate justice.” Dive deeper into this concept of climate justice here.

In addition, communities that have historically depended on our fossil fuel economy for work will be affected as the world transitions from greenhouse gas producing fossil fuels to renewable energy. These communities, also, must not be left behind. This idea of a “just transition” is to ensure the livelihood and rights of workers as this transition takes place. Explore some of the frequently asked questions about a just transition by the International Labour Organization here.