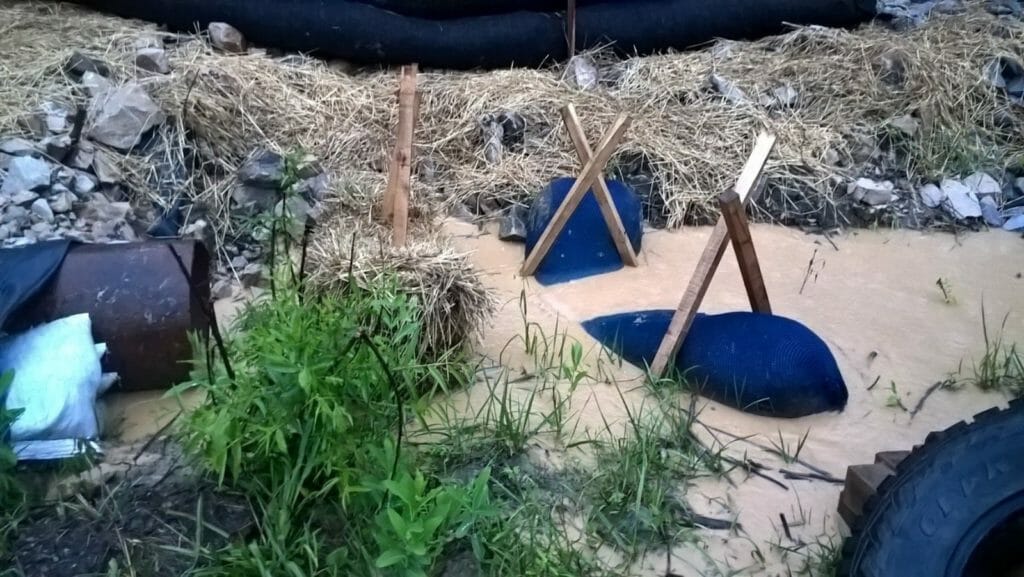 Over the past few years, developers and regulators have assured Virginians and West Virginians that sound construction practices and the effective use of erosion controls would limit impacts to the hundreds of streams in the path of proposed Marcellus Shale country pipelines.

“Based on the avoidance and minimization measures developed . . . and our recommendations,” the Federal Energy Regulatory Commission wrote in a typical assessment of one of the pipelines, “we conclude that surface water and wetland impacts would be effectively minimized or mitigated.”

And yet since the work began on the Mountaineer Express, the Mountain Valley (MVP), and the Atlantic Coast (ACP) pipelines, citizens have reported impact after impact on their streams and rivers: TU and West Virginia Rivers volunteers alone reported 275 water quality incidents to regulators, who in turn issued 84 notices of violation.

Just last week, Virginia officials were forced to stop work on a two-mile stretch of the MVP after inspectors discovered that “construction priorities and deadline pressures” had contractors working without proper erosion and sediment controls.

As outlined in a new snapshot compiled this summer by Trout Unlimited and West Virginia Rivers, these pollution events “threaten critical habitat for aquatic species and clean water supplies for citizens, farms, and industry.”

What’s happening on the ground demands a response. Work on both the MVP and ACP is in limbo amid court challenges. Regulators should use this hiatus to take a hard look at what has worked and not worked over the past year, and take steps to prevent a repeat if and when construction restarts on these pipelines.

In the short term, state agencies should require the use of more effective erosion and sediment controls, and dedicate more staff and resources to inspections during construction. That would help ensure proper installation and maintenance of these measures, which protect streams from damaging stormwater pollution events.

Over the long term, regulators must reevaluate how they permit pipeline infrastructure by, for example, requiring site-specific plans for all stream crossings.

Hundreds of people—anglers and non-anglers alike—have attended citizen science trainings hosted by TU and West Virginia Rivers to help us monitor pipeline construction. They have learned how to collect water quality samples in their local waters along the route of proposed pipelines, and how to visually identify pollution events. This army of volunteer stream stewards has built a wealth of baseline data and flagged several hundred incidents, and they’ve done it in their spare time.

On the Mountaineer Express, for example, dewatering of flooded construction areas caused a sediment plume on Fish Creek. On the Mountain Valley Pipeline, volunteers reported hundreds of sedimentation incidents in Monroe County, WV. Failed ACP erosion controls muddied Grassy Run in Upshur County, WV. A hillside failed in Franklin County, VA, covering a road in a foot of mud and causing sedimentation in a nearby stream.

The MVP was recently fined $265,972 for a series of water quality violations that polluted 33 streams and wetlands.

These incidents are outlined in the new TU/WV Rivers report, which is the first of a quarterly series that will track the water quality impacts of pipeline construction in the central Appalachians. It can be viewed as an ArcGIS Story Map here.

Construction of the Mountain Valley has been held up by legal challenges to permits allowing developers to cross streams and wetlands. West Virginia regulators are responding not by ensuring that pipeline companies comply, but by broadly rewriting permit conditions to allow developers to take more time when completing stream crossings. This would only increase the likelihood of pollution events.

The ACP is appealing a Fourth U.S. Circuit Court of Appeals decision that overturned a Forest Service permit to cross the Appalachian Trail on public land. Without the permit, the project is in limbo. At the same time, the Fourth Circuit has rejected permits issued to the project by the U.S. Fish and Wildlife Service, citing a faulty Endangered Species Act review.