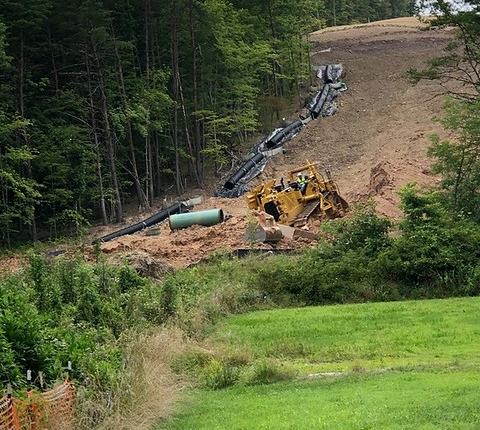 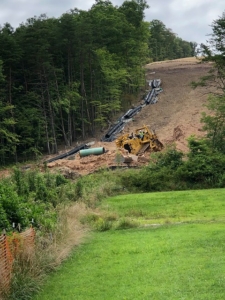 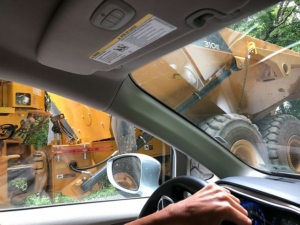 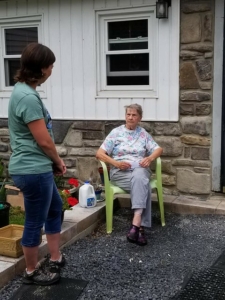 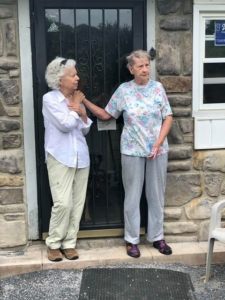 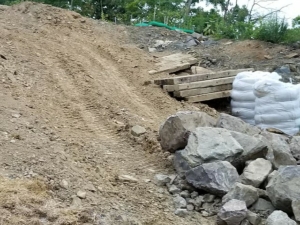 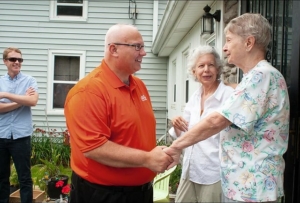 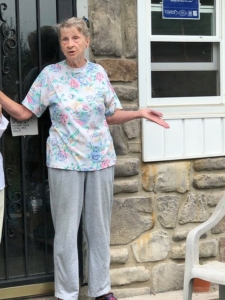 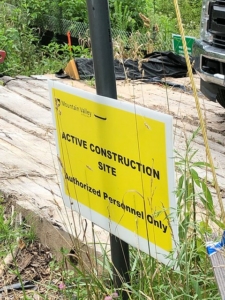 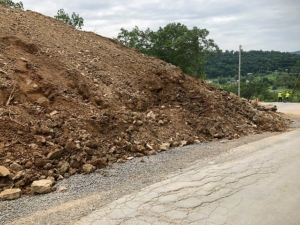 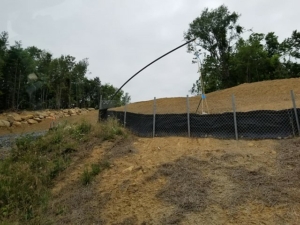 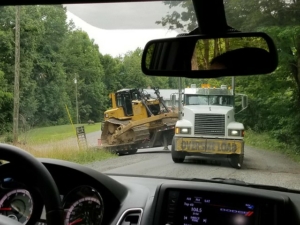 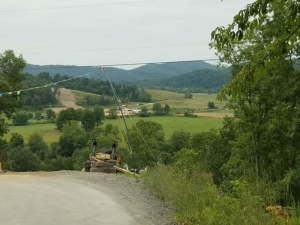 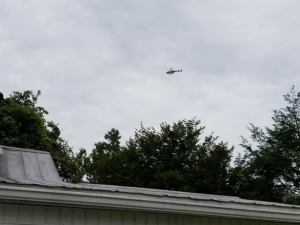 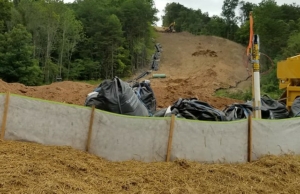 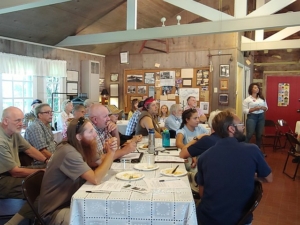 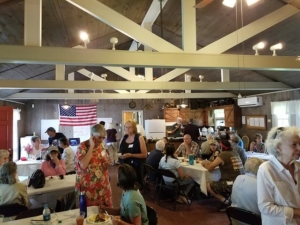 During the morning, the Legislators toured areas where Mountain Valley Pipeline is under construction, specifically the Keeney Mountain area to the Greenbrier River in Summers County.

Along the route, the Legislators met with affected landowners and heard their stories.

Ashby Berkley explained how his plans for his beautiful riverside property along the Greenbrier was ruined because the pipeline would cut right through it.

Mary Ann Milam shared her experience of having her peaceful mountaintop home turned into a construction zone with road closures, heavy equipment on narrow roads, trespassing of pipeline employees, and constant noise from equipment and helicopter flyovers.

Mark Jerrell shared his story about how his retirement plans were shattered because the pipeline company wouldn’t move the route away from his newly constructed mountaintop retreat.

After the tour, the legislators met with over 40 community members during the town hall style luncheon at the historic Graham House to discuss their concerns.

Attendees shared their thoughts and experiences with the legislators. Issues like disrespected property rights, the lack of local jobs, the displacement of the tourism industry, and negative environmental and community impacts were discussed.

The luncheon closed with a discussion on how to hold pipeline companies accountable for their various infractions and the legislators promised to fight for a better vision for West Virginia’s future.