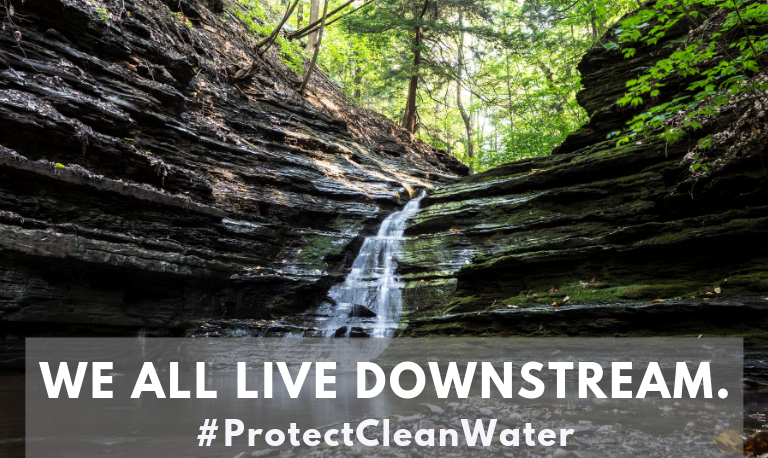 The Environmental Protection Agency (EPA) has released a proposed rule that will dramatically reduce the scope of waters protected by the Clean Water Act. This proposal is the worst rollback of Clean Water Act protections in history. The proposal redefines what waters are federally protected, limiting Clean Water Act protections to wetlands with a “continuous surface connection” to larger lakes, streams, or rivers and removing federal protections for rain and snow dependent streams. By the EPA’s own estimate, it would remove protections from 51% of our nation’s wetlands and 18% of streams, making it easier to pollute, pave over or build on them, and states may no longer be required to clean up polluted wetlands.

The proposal also allows the agencies to adopt a far worse final rule later. For instance, the proposal invites input on whether EPA should also exclude seasonal streams from federal protection, in addition to rain-dependent ones. If the final rule also excludes intermittent streams in addition to ephemeral, that would threaten at least 70% of our nation’s stream miles, over 9 million stream miles.

With many Americans dealing with unsafe drinking water, now is not the time to cut back on clean water enforcement. We need more—not less—protection for clean water.

There are no waters that are safe to pollute. We all know wetlands flow into streams, which flow into small rivers, into bigger rivers, and ultimately the ocean. We urge you to comment in opposition to this rule, telling the Trump Administration that America needs a strong Clean Water Act that protects our drinking water and our way of life.

This is the biggest weakening of the Clean Water Act in history.

This sweeping reinterpretation of the Clean Water Act could remove federal pollution safeguards for many important streams that do not flow year-round, called ephemeral streams. By EPA’s own estimates, this accounts for 18% of streams in the United States. The proposal would also allow the agency to adopt a far worse final rule later. For instance, the proposal invites input on whether EPA should also exclude seasonal streams from federal protection, in addition to rain-dependent ones

The new proposal will mean that at least half of America’s wetlands will no longer be protected by the Clean Water Act. The proposal restricts Clean Water Act protections to wetlands with a “continuous surface connection” to larger lakes, streams or rivers. The proposal would exclude not only so-called isolated wetlands, but floodplain wetlands as well, except those floodplain wetlands that have an uninterrupted surface water connection to a perennial or seasonal waterbody. Floodplain wetlands like bottomland hardwood wetlands that are connected by periodic surface flows and shallow groundwater connections (most wetlands) would not be covered if the surface connection is severed by manmade or natural features like levees, berms, roads, etc. By EPA’s own estimate, this means that at least 51% of America’s wetlands will no longer be federally protected under the Clean Water Act.

What It Could Mean: