Last night, members of the WV Legislature put wants of industrial polluters above the needs of the public when they removed updates to the rules that protect our drinking water. 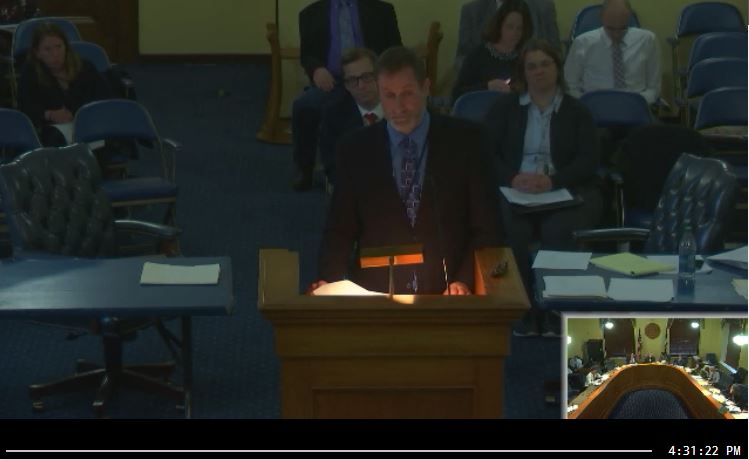 Bowing to demands by industrial polluters, led by the WV Manufacturers Association, our state government turned their back on public health by disregarding the most recent and best science available to set limits on the toxins in our water most hazardous to human health.

During a meeting of the Legislative Rule-making Committee, the WV Manufacturers Association requested an amendment to remove updates for human health protections in the final water quality standards rule that will go before the legislature in early 2019. There was no data or science provided in support of the amendment. You can watch the meeting here, coverage starts 4:17PM.

This amendment comes after an intensive public comment period where water users were able to comment on water quality standards, 596 of you spoke up for protections. WVDEP reviewed and responded all of the public comments and submitted a final rule to the legislature with some updated protections included. And then WVDEP appeared to suddenly change its mind. Instead of advancing a rule based on years of scientific study, the committee advanced an “agreed to” modification with WVDEP based on last-minute politics.

The non-public, non-justified amendment by the Manufacturers Association, and the acquiescence of legislators and WVDEP to accept it, is a deliberate move to put off protecting our health. Out of the 12 members on the Legislative Rule-making Committee, only two spoke out and voted against the amendment. Thank you Delegates Fleischauer and Rowe for giving a voice to the people of West Virginia.

The result of last night’s meeting puts us back to relying on 33-year-old data to set allowable limits on toxins most hazardous to human health. This is unacceptable when there is current scientific data available and the EPA recommends states adopt it. These lawmakers have chosen to ignore science and put our health at risk. As Delegate Fleischauer argued during the meeting, “What we’re doing today is outrageous!”

So, what now? In January, the full legislature will debate and vote on the modified water quality standards rule. It’s time to sound the alarm to your Delegates and Senators. Let them know that you deserve the most up-to-date public health protections from toxins and cancer-causing chemicals in our water. We’ll keep you posted with all of the details on public hearings and committee action. We’ll need all of you to speak up and say “We deserve better!”