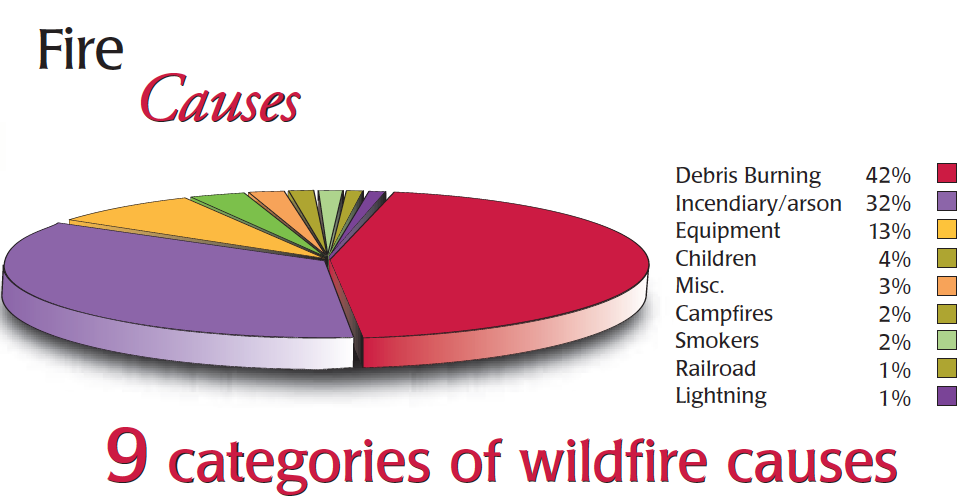 Let’s talk about FIRE. Governor Justice, Division of Forestry Director Cook, and Division of Natural Resources Director McDaniel suggest that if they aren’t allowed to engage in commercial logging in state parks as described in Senate Bill 270, “the potential for wildfires to ravage these areas increases dramatically.”

Does it really? Rather than preventing forest fires, logging can actually increase the risk or severity of fire. 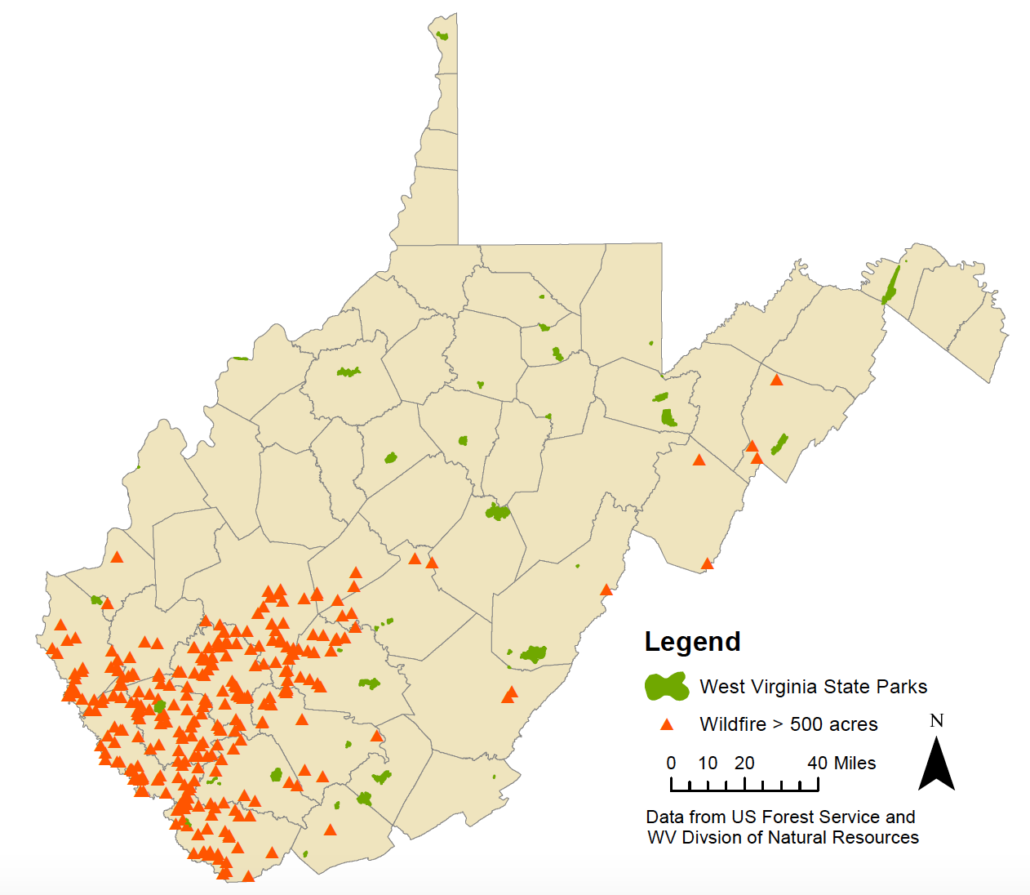 Compared to the forest ecosystems out west, Appalachian forests are much wetter. As a result, our natural fire cycle is longer, often up to 200 or even a thousand years. When fires do occur in Appalachia, they typically burn at lower severities through the duff along the forest floor. Crown fires are rare.

Logging can disrupt the microclimate within our temperate forests, drying out the leaf litter that acts as the primary ignition source and fuel for Appalachian fires. For example, a selectively logged forest might become a fire hazard in as little as a week without rain, whereas a natural forest could take a month of drought to reach the same danger level. Logging can also shift a forest’s composition, favoring tree species that prefer sun and drier conditions like oaks or pines, which may lead to a forest at greater risk of fire in the future.

This map plots the 293 largest wildfires (>500ac) in WV from 1984 to 2014. You’ll immediately notice that the vast majority of the large fires in WV occurred in the southwest quadrant of the state. The rest of the state, had few large fires in the past 30 years. Our state parks have had none. The southwest region of the state is not the driest or hottest, suggesting that dangerous fires in West Virginia are more closely related to other conditions and causes. What’s different about southwestern WV? Widespread forest disturbance for one thing.

Director Cook suggests that the new logging roads in state parks will give firefighters access to suppress fires caused by lightning. However, his own Division of Forestry, has found that 99% of forest fires in West Virginia are started by people. State Forest Management plans specifically points out that “fires are more likely to occur when a large number of people are using the forest. Campfires, picnic fires and incidental fires from cigarettes, matches and fireworks are most common. Arson fires do occur and are major causes.”

From 1992 to 2015 the only fire attributed to Watoga State Park by the Forest Service’s Fire Occurrence Database was ignited by equipment. It burned half an acre in 2009.  Logging state parks and making remote areas more accessible to more people is much more likely to increase the fire risk in state parks than to reduce it.

Wildfires are complex in behavior. Available fuel is only one part of the equation; other factors that may contribute even more to wildfires in Appalachian forests include weather, topography, and human activity. Due to these variables, the best and most efficient strategy for protecting the public against wildfire is not logging our forests but creating defensible space around our homes and structures.

WV Division of Forestry, Fire in the Mountain State, http://www.wvforestry.com/dof_fire_brochure.pdf.

UPDATE: All But One State Park Appears Safe From Logging – Help Save Watoga...